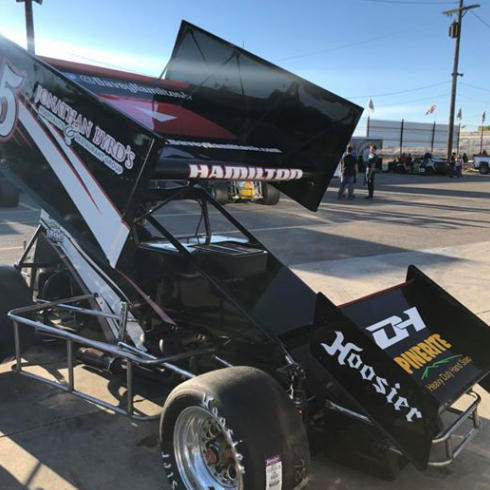 INDIANAPOLIS, INDIANA (September 19, 2018) – Third-generation Boise native Davey Hamilton, Jr. will make his first start in Idaho since 2016 when he competes in this weekend’s King of the Wing National Sprint Car Series at Meridian Speedway. Hamilton is the 2016 champion of the series and also won the 2016 series visit to Meridian.

His return comes after a busy two year stint of racing in such varied series as Stadium Super Trucks, USAC Silver Crown, non-winged Sprint Cars, and the Indy Lights. His 2018 season has been highlighted by a debut in the Freedom 100 at Indianapolis Motor Speedway where he drove for Team Pelfrey in May.