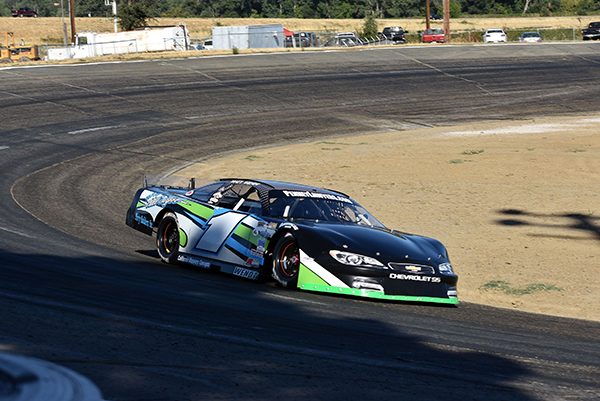 The race has been moved from All American Speedway in Roseville, CA, as the track continues negotiations for a new promoter.  Currently scheduled races at Roseville for September 8 and October 13 remain on the calendar tentative to the one-third mile completing their agreement.

Ukiah Speedway is the tightest quarters racing of the year on the high-banked quarter-mile oval.  Randy Hedrick of Reno, NV won a thriller to take last July’s round and will be among drivers looking forward to the series’ return.  Two-time PCS champion Mike Beeler of Modesto has been a dominant force at the track, scoring four top-twos in the last two years.  His victory at Ukiah in 2016 saw him sweep around the outside of JR Courage in an exciting and decisive move.

The PCS runs once monthly this season, with Shasta Speedway following Ukiah on June 23rd.  Stockton and Madera are also hosting races in 2018.