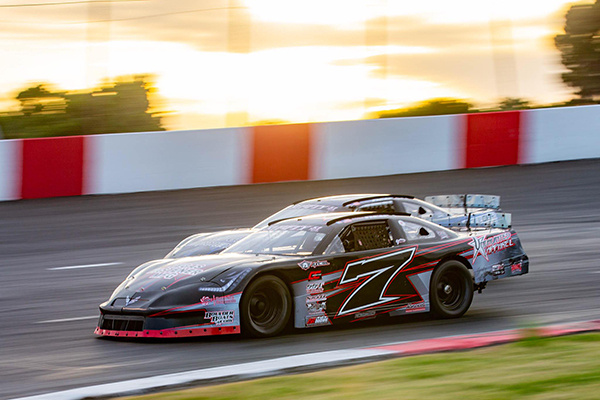 LAS VEGAS, NEVADA (May 22, 2019) – Las Vegas’ Tanner and Tyler Reif will return to Madera Speedway on Saturday night for round #4 of the 51FIFTY Energy Drink Jr. Late Model Series with momentum on their side to start 2019. Both drivers will be eager to compete for victory in the coveted Military Tribute Night 70-lap feature during Memorial Day Weekend, televised for MAVTV.

Tanner Reif leads the series points after finishing third in the championship in 2018. The 13 year-old driver is only a few feet shy of sweeping all three Madera events thus far. He won the first round in March in a close matchup with Joey Iest, then nearly nabbed the lead away from Iest coming to the checkered flag in round two.

Reif came back for round three with a decisive and convincing victory. He has also added to his streak of fast-times, now at seven consecutive dating back to last July at Madera. Reif enters Saturday’s event with an 11 point advantage in the Jr. Late Model championship over Iest. He also scored a top-ten in his series debut in the Pro Late Model division as well to close out April.

Tyler Reif has displayed race-winning speed throughout his Madera campaign and backed that up by winning at the Las Vegas Bullring on May 4th ahead of older brother Tanner. He will look to convert that victory into a strong Madera run this weekend. The 11 year-old led laps in the 2019 season opener before an unfortunate spin.

In early April, he was spun from the third position and showed tenacity to drive back to a top-five finish with a wounded race car. In the third Madera race of the year, he went back-and-forth for the lead with Tanner before spinning and settling for a hard-earned fourth position. The driver of the #7 Jackson Chassis finds himself fifth in the standings but well within striking distance with six races to go.