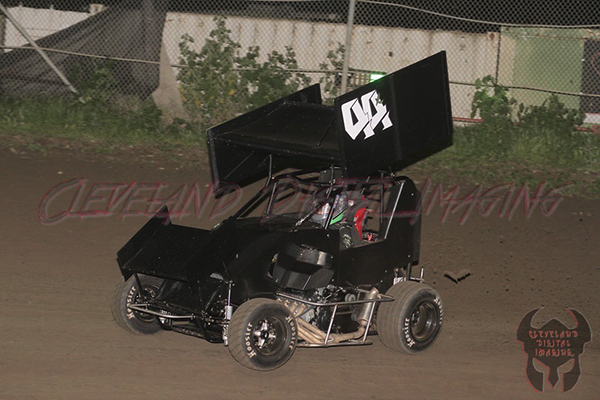 BRENTWOOD, CALIFORNIA (May 8, 2019) – Jeffrey Pahule, Jr. has had one of the most consistent seasons in California Restricted Micro Sprint racing, scoring his fifth top-five of 2019 on Saturday at Delta Speedway. Pahule’s results this weekend have boosted the 11 year-old to second in the championship while he also ranks third in the Dixon Speedway title fight.

Time trials did not go in Pahule’s favor when he timed in tenth out of 23 entrants at 11.093 seconds. The qualifying effort did place him on the pole position for the first heat race, however. Pahule took advantage by leading all ten laps for the victory.

He lined up tenth out of 20 starters for the 25 lap feature in his #44x Teletech Communications Driven Chassis. After a caution on lap four, Pahule jumped up to the fourth position. He ran his best lap of the feature on lap nine as he tried to close in on the leaders.

A crash on lap 19 involving the second place car moved Pahule up to third. Pahule tried to figure out a way past Izaak Sharp for second position after a lap 22 restart, but couldn’t close in.

With the third place finish and the heat race win, Pahule now ranks second in the standings and just 18 points behind points leader Logan Trevino.

A busy stretch of racing is on tap with Pahule returning to Dixon Speedway on Saturday night. He trails in the championship there by just 12 markers. Dixon races again on May 17th as well before Delta fires back up on Saturday May 18th.

Posted in Jeffrey Pahule
← MITCHEL MOLES GETS OUT THE BROOM WITH DELTA SWEEPVIDEO: May 18, 2019 NASCAR Racing Preview →