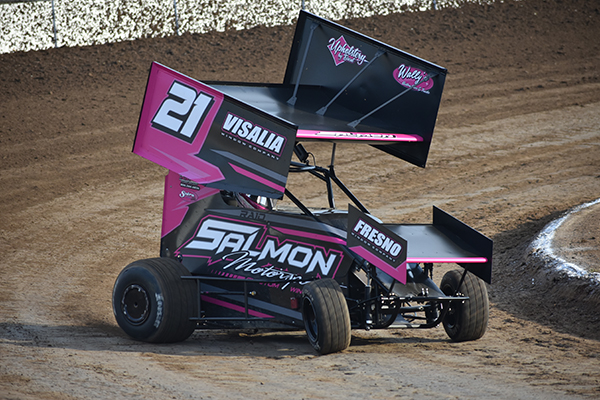 STOCKTON, CALIFORNIA (April 22, 2019) – Early registration for the 2018 top-ten drivers from each division for the Hoosier Tire California Speedweek has attracted a strong roster for the fifth running of the Micro Sprint classic. Drivers are preparing to compete June 25-29 in Super 600, Non Wing, and Restricted Micro Sprints. Nearly $60,000 in cash and prizes will be on the line at Dixon Speedway, Delta Speedway, Keller Auto Raceway at Plaza Park, and Lemoore Raceway.

Regular entry begins on April 23rd for drivers looking for a place in the 130 car field. Fields are capped at 50 Super 600, 40 Non Wing, and 40 Restricted. All 12 features include $1000 to win purses and the coveted carved wooden bear trophies.

Washington’s Chance Crum looks to improve on his tenth place performance in the 2018 points. Bakersfield’s Brody Fuson is preparing to run both Super 600 and Non Wing. 2019 Super 600 feature winners across California have entered including Raio Salmon and Ben Worth. Non Wing also features entries from 2018 champion Tj Smith and multi-time Delta track champion Brandon Carey. Washington’s Lane Taylor is among those already signed in for Restricted.

Early registration links have been emailed to drivers who finished in the top-ten of each division in 2018. Teams may request a link to steven@norcalmedia.com Registration for the rest of the field will open on April 23rd at 8 a.m. Pacific Time with the link available at www.HoosierCASpeedweek.com Registration is being conducted through the My Race Pass website.