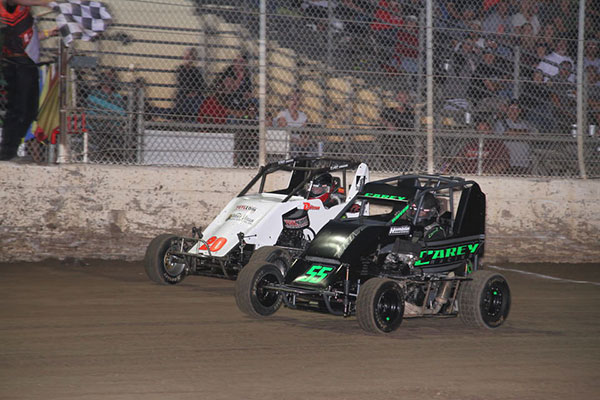 C&P Promotions will begin its sixth season at the helm and first of a new five year extension. Promoters Bob and Tiffanie Panella have been present for some of the most successful seasons in track history, culminating in 2018’s campaign that included a season long average of 95.8 cars per points race.

The season will commence on Friday, March 15th for the annual World of Outlaws weekend race. Delta Speedway serves as the kick off for the World of Outlaws Sprint Car action at the adjacent Stockton Dirt Track. A play day will follow on March 30th before the points season opens on April 6th.

California Speedweek continues to grow as an international presence in the Micro Sprint world and its fifth edition will include Delta Speedway on June 26th. The event is organized by C&P Promotions and Steven Blakesley. On the heels of one of the highest paying Turkey Bowls yet, Turkey Bowl XIX will take place October 25-26.

Defending track champions include Nikko Panella in Super 600, Tj Smith in Non Wing, Caeden Steele in Restricted, and Dalton Parreira in Jr. Sprints. Teams flock to Delta Speedway to battle for the $1000 championship awards each year.

Delta’s 2018 season has not quite concluded, however, with the annual Swap Meet & Practice Day on December 15th. Vendor spaces are just $20 while it is $40 to practice. Admission to the pits and the swap meet is $10. Gates open at 8 a.m. with practice from noon to 3 p.m.

The 2018 championship awards banquet will take place on February 2nd at the Waterloo Gun and Bocce Club in Stockton.