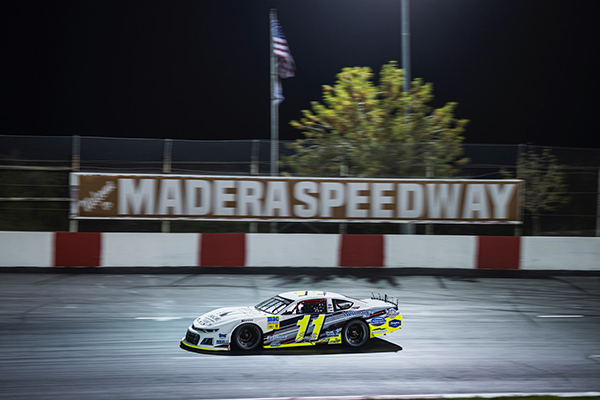 The Bakersfield-based team will compete in both the Pro and Jr. Late Model divisions at Madera Speedway in 2023.

“I have tons of respect for Jacob and Charlie. I can’t wait to be a part of this team,” Juarez said. “Jacob is an outstanding young man with a drive to be a better driver and eager to learn about the car.

Juarez “learned a lot from Jadan on how to communicate with young drivers” and hopes to translate their immense success to Smith. Juarez led Walbridge to five fast-times and three victories during the 2022 campaign.

This upcoming season will be the first season that Wilson and Juarez have worked together. Wilson will also field an entry for Texan Tristan Pena in the 51FIFTY Jr. Late Model Series. Both Smith and Pena will compete in televised competition on MAVTV.

For more information on Jacob Smith Racing, follow him on social media. Sponsorship and marketing information is available by contacting jacob@jacobsmithracing.com