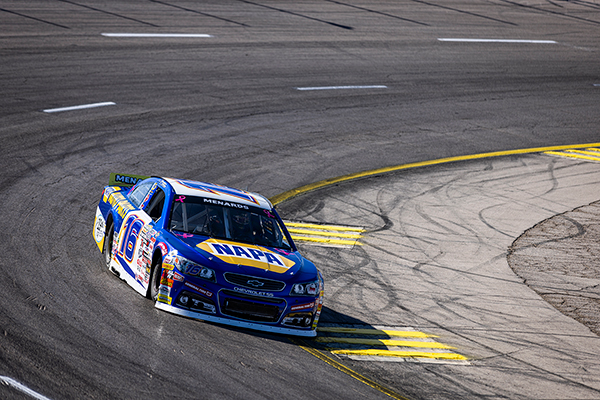 • Cole Moore battles for runner-up in championship on Friday

ROSEVILLE, Calif. (Nov. 2, 2022) – The 2022 ARCA Menards Series West will finish where it started, bookending its season with visits to Phoenix Raceway, with Friday’s season championship race.

The Diamond Desert Casino West Valley 100 on the one-mile oval closes the 69th season of NASCAR regional stock car racing in the West. Bill McAnally Racing will be on the hunt for its sixth Phoenix victory during NASCAR Championship Weekend.

BMR’s Cole Moore of Granite Bay, California enters the finale just one point out of the second position in the series standings. The driver of the No. 99 Adaptive One Brakes Chevrolet SS was one of seven drivers who challenged for the championship during the 2021 finale at Phoenix. He ultimately ended the season third in the standings and aims to be one step higher on the podium in 2022 after Friday’s race. Moore has made three Phoenix starts with BMR, with a best finish of 10th last November.

Landen Lewis of Ocean Isle Beach, North Carolina, earned his best BMR finish two weeks ago at The Bullring at Las Vegas Motor Speedway – with a third-place finish. Lewis will be making his Phoenix debut in the No. 16 NAPA AUTO PARTS Chevrolet SS. He won his first career ARCA Menards Series race on the one-mile DuQuoin State Fairgrounds dirt track last September. He will try to translate the success on the dirt mile to success on the blacktop in the Valley of the Sun.

BMR and the McAnally-Hilgemann Racing NASCAR Camping World Truck Series team will both be in action on Friday in Phoenix. Guests from the NAPA Phoenix Distribution Center and NAPA Tools & Equipment will be in attendance, following a sales promotion around the race. Tony Smith of BBB Industries is bringing a group of NAPA customers to the event, as well.

Guests will receive the full VIP experience, including a pit tour and transporter tour, a meet-and-greet with the drivers and access to pit lane with the team for pre-race ceremonies. VIP Guest Crew Members will also be honored.