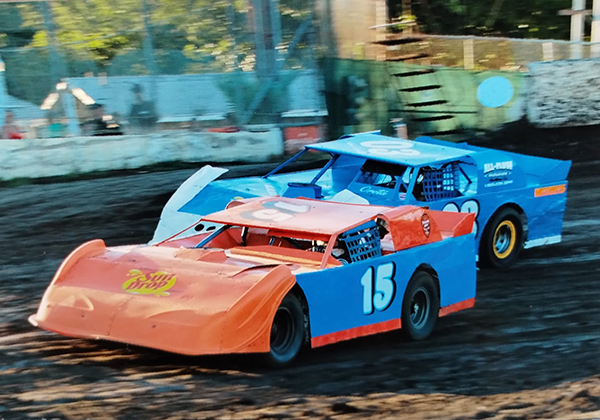 ANTIOCH, CALIFORNIA (October 25, 2022) – Speed Union TV presents the 7th annual Larry Damitz Memorial on Saturday night at Antioch Speedway, paying $1,000 to the winner in the Super Stock / Pro Stock division as part of a four-division card at the Contra Costa County Fairgrounds. Each Super Stock / Pro Stock starter will earn a minimum of $200 to start.

Wingless Sprints and Mini Stocks are also scheduled to compete, along with the exciting second Figure-8 race of the 2022 season. “Track or Treat” will also take place on the front stretch before the races get underway. Spectator gates open at 4pm. Tickets are $20 for Adults, $15 for Seniors and Military, $10 for ages six through 11, while kids five and under are free!

Saturday’s race carries a strong purse thanks to sponsors such as Speed Union TV, Workman’s Communications, and Pacific Coast General Engineering. Drivers will also be battling for the championship belt with Larry’s likeness in the center and for the bragging rights of claiming victory in the race that bears his name. Danville’s Jim Freethy will try to defend his home turf after a season of four wins in six starts.

According to track publicity manager Candice Martin, “To get into the full extent of Larry’s career would require a lengthy write-up. He raced Hardtops in the 1950s and went a decade before finally winning his first Main Event and his first championship.

From Hardtops, he went to Outlaw Super Stocks, Late Models and eventually Super Stocks. He won several races and championships along the way.”

Nicknamed “The Sundrop Kid” for his love of the soft drink, Larry won seven championships in his ’80s. Two of those titles were won at Merced Speedway and five at Antioch Speedway. In fact, he finished no worse than second in his last seven years in Antioch.

Larry was an inspiration for his fellow competitors in the later years of his career. They felt that if he could still run as competitively as he did in his 80s, they could keep going as well.

Race fans who cannot attend the action can check out the racing live on www.SpeedUnionTV.com Antioch Speedway is located at 1201 W 10th St in Antioch. For more information visit www.AntiochSpeedway.com or follow Antioch Speedway by PROmotions on Facebook. Antioch Speedway’s season continues November 4 and 5 with the Jim Pettit Hobby Stock Nationals as well.