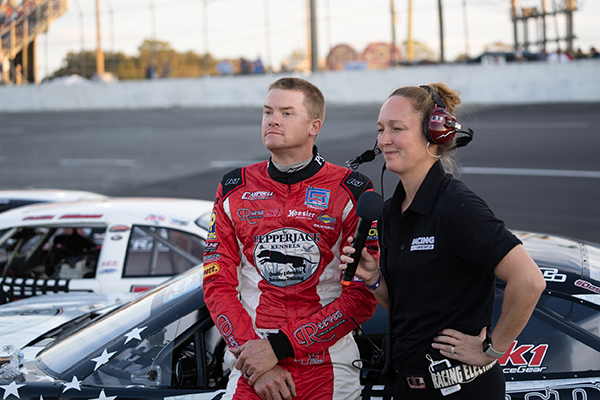 BAKERSFIELD, CALIFORNIA (February 21, 2022) – Two of the largest pavement grassroots races in America will include Bakersfield, Calif. standout Derek Thorn, as the multi-time SRL Southwest Tour champion will drive for owner Marcus Richmond of R&S Race Cars at Martinsville Speedway and Southern National Motorsports Park in 2022. The ValleyStar Credit Union 300 at Martinsville paid $32,000-to-win in 2021 and airs live on FloRacing in September. The $50,000-to-win Thanksgiving Classic will be the highest paying grassroots event on pavement this season at Southern National Motorsports Park in November and will air live on Racing America.

R&S Race Cars is led by owner and veteran Crew Chief Marcus Richmond, a three-time winner of the Late Model Stock Car race in Martinsville with victories for Timothy Peters and Phillip Morris. Richmond has also been the Crew Chief for four NASCAR Camping World Truck Series wins at the Virginia half-mile as well.

R&S Race Cars comes into the 2022 season strong following a banner year with 30 wins, including a majority of the LMSC events on the prestigious CARS Tour. Thorn had a standout 2021 season as well, earning nine victories including the Winter Showdown at Kern County Raceway and the Snowflake 100.

“We look at it like maybe Derek can help us,” Richmond said. “It’s always good to get different perspectives so we can grow. That’s what I’m excited about.”

The Martinsville and Southern National events add to an outstanding slate of races on Thorn’s schedule including the upcoming PepperJack Kennels Twin 100s at Five Flags Speedway, the All-American 400 in Nashville, the Snowball Derby in Pensacola, Florida, and the Slinger Nationals in Wisconsin, along with the Battle at Berlin in Michigan.

Thorn’s Toyota Camry entries will carry the No. 43 with primary support from Misty Melo at PepperJack Kennels with additional sponsorship support to be announced.

“After speaking with Marcus and Derek about these added events it made sense to commit to them early,” said PJK owner Misty Melo. “The commitment that everyone involved right now has around Derek is special. The marketing return that I continue to see in grassroots racing for my business with Derek and the Campbell Motorsports team is healthy and strong and I do not see it being any different racing with Marcus and his top caliber team back east,” Melo added.

Additional marketing opportunities are available by contacting Marty Melo at (530) 941-5642.