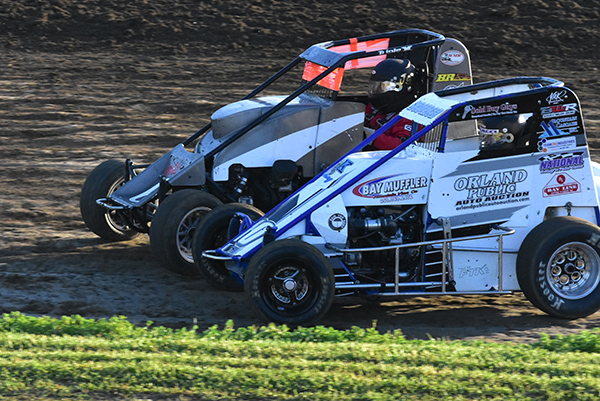 WATSONVILLE, CALIF­. (May 13, 2021) – A busy weekend for the Western Midget Racing presented by Masters Design and Construction championship hits the track this weekend, with the production-powered Midgets charging into Ocean Speedway in Watsonville and Petaluma Speedway. The Northern California two-step earns points towards the “best of 12” title format during a busy 2021 season. Photo by Joe Shivak

Both nights of competition will be streamed live on FloRacing and also will have fans in attendance. Friday’s races at Ocean are part of “Modified Madness” with both IMCA Modifieds and IMCA Sport Mods, while Saturday at Petaluma sees USAC West Coast 360s, USAC Western Midgets, and Micro Sprints competing along with WMR.

The double header weekend has attracted entries from Southern California and Arizona to take in the action. Drivers competing for the WMR championship must compete in at least one start each at Petaluma and Arizona’s Adobe Mountain Speedway, and two each at Venutra Raceway and Ocean Speedway.

David Prickett is the most recent winner in the series with his fourteenth career triumph coming at Adobe Mountain last Saturday. Prickett’s Neverlift Motorsports team will have Jon Santibanes of Fairfield and Granite Bay’s Gary Dunn on Friday. Jim Weiler of Rohnert Park joins the team on Saturday.