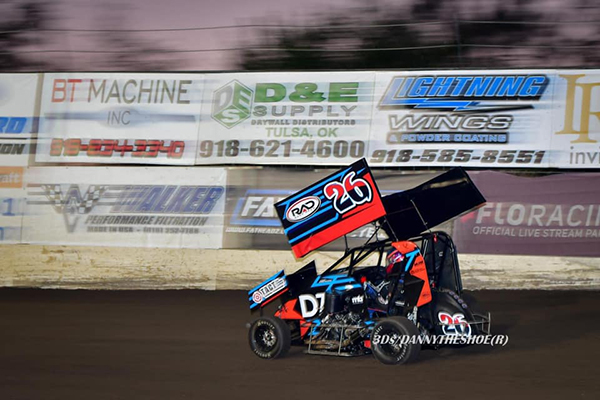 MESA, ARIZONA (November 4, 2021) – The Lucas Oil National Open Wheel 600 series has just two weekends of action remaining with Arizona’s Corbin Rueschenberg in the hunt for the Restricted championship. Rueschenberg drives the No. 26 Driven Chassis for JPU Racing in the series.

Rueschenberg trails Garrett Benson by just 46-points in the Restricted championship. Rueschenberg has won five times in the division this season including at Creek County on April 30. He also has a win in Winged A-Class and a win in Stock Non-Wing to his credit as part of his seven total wins nationwide this season.

RPM Speedway in Crandall, Texas will host the finale weekend on November 12 and 13 for the NOW600 series. Rueschenberg will make his debut on the quarter-mile dirt oval southeast of Dallas.

Rueschenberg recently competed in the Keith Kunz Motorsports Giveback Classic with a best finish of second in the Friday night Restricted feature.