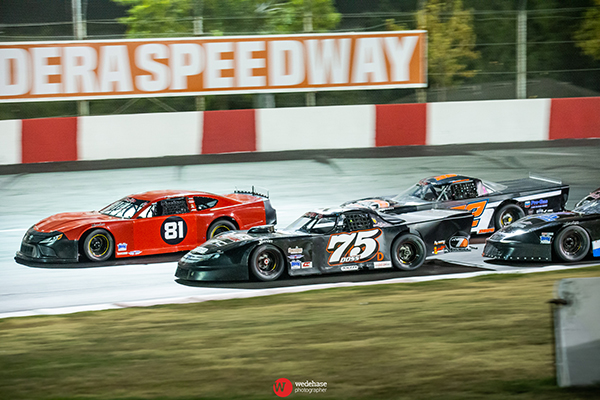 MADERA, CALIFORNIA (May 4, 2020) – A path towards the opening of the 2020 racing season at Madera Speedway has been approved, speedway officials announced on Saturday after extensive discussions with Madera County. Phase one – limited competitor practice – has been given the go-ahead immediately at the one-third mile oval. Race operations ceased on March 12th – just two days before the scheduled MAVTV-televised Late Model opening night – as a result of the worldwide COVID19 Pandemic.

“I want to say thank you to the Madera County Supervisors who have been wonderful to work with during this very difficult time,” promoter Kenny Shepherd said. “Our proposal has been approved to get back to some operations at Madera Speedway. We will get back to racing over five phases, although there is no timeline on these phases.”

Madera Speedway has an agreement to enter phase one, allowing the speedway to begin private testing with up to ten participants on the grounds. Face coverings, hand washing, and social distancing will be required. Phase two allows an increase in the numbers of competitors participating, with the same mitigation requirements. Phase three would see racing competition at the Madera Speedway with limited staff and competitors along with closed grandstands. Phases four and five are part of a long-term plan to gradually increase the number of race fans allowed into the grandstands.

The 2020 season plans include one of the most lucrative short track Late Model series in the history of west coast grassroots motorsports. The RACE 2B DRUG FREE BIG3 Series was slated to begin on March 14th, with over $100,000 in posted prize money and bonus awards. This series will kick off the racing portion of the 2020 schedule in the Nut Up Pro Late Model Series when competition resumes in stage three of the approved plan to return to operations.

Madera Speedway intends to make up these Nut Up Pro Late Model Series races when possible. The 51FIFTY Jr. Late Model Series for drivers ages 10-16 years old, also televised on MAVTV, is of upmost importance to the speedway’s operations this summer as well. A long list of local racing divisions for racers in the central valley are also planned.

Madera Racing on MAVTV airs Thursdays every week. The show airs at 5 p.m. and 8 p.m. PST and is also available on the Lucas Oil Racing TV app. An episode documenting six young “Underdogs” of the 51FIFTY Jr. Late Model Series will air on May 14th.

Posted in Madera Speedway
← VIDEO: All American Racing Aug 31, 2019ALL AMERICAN SPEEDWAY EVENT FOR MAY 16 POSTPONED →