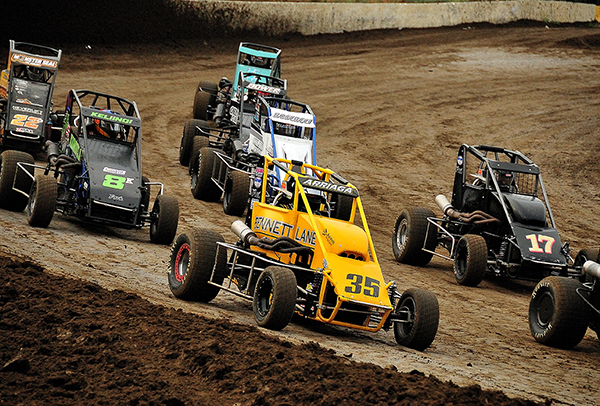 WATSONVILLE, CALIF. (December 23, 2021) – Competitors in the Western Midget Racing presented by Masters Design and Construction championship have received over $8,000 in post-season cash awards for their 2021 season efforts. Series champion Blake Bower of Brentwood received $1,000 for his title and $655 for competing in 19 of the 26 series races as part of the Road Warrior program.

16 competitors earned a piece of the $6,000 Road Warrior fund across the busy season while three drivers shared a piece of the $2,250 points fund. The payout was made possible with sponsorship from Masters Design and Construction, Rockwell Security, Rams Racing, Hoosier Racing Tire, Extreme Mufflers, FTK, Blud Lubricants, and West Evans Motorsports.

Fresno’s David Prickett ranked second in the championship, worth $750. He competed in 21 points paying events for a $724 road warrior payout as well. Peoria, Arizona’s Cory Brown scored $500 for third in the championship and $517 for participating in 15 events. Megan Moorhead’s 21 starts earned her $724. Las Vegas’ Kyle Hawse rounded out the top-five in earners with a $482 award for participating in 14 events.