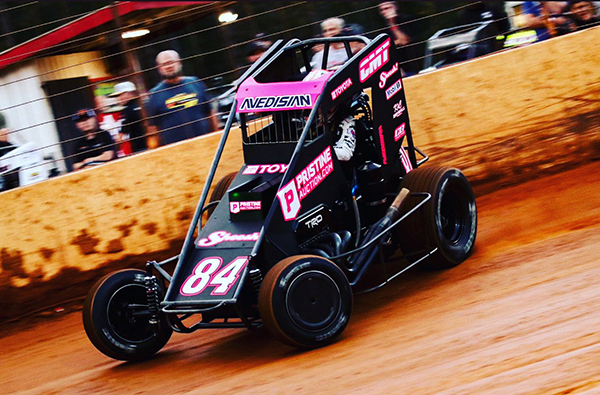 Her 2021 season will continue to be full of excitement as she will compete in the entire USAC National Midget Series west coast swing in November, including races at Bakersfield Speedway, Placerville Speedway, Merced Speedway, and the Turkey Night Grand Prix on Saturday November 27 at Ventura Raceway. With 12 wins to her credit this season in Micro Sprints, Avedisian will search for her first national Midget victory on the biggest stages in her home state.

Avedisian was the highest point earner on Friday night during the Turkey Bowl XXII in Stockton, Calif. in the Super 600 division after heats and qualifiers. She was also one of only two drivers to advance to the pole shuffle in both Super 600 and Non-Wing. She started on the outside pole in the Super 600 40-lap feature on Saturday night and started fourth in Non-Wing. The Non-Wing feature began with a crash that advanced Avedisian to the outside pole for the restart. She grabbed the lead and never relented, leading wire-to-wire for the $2,000 triumph. In Super 600, Avedisian found something on the bottom line through turns three and four, overhauling track champion Caden Sarale for the lead on lap 22. Sarale battled back to take the win with Avedisian earning a strong third place finish.

Her most recent POWRi National Midget start in the No. 84 for CBI was at I-44 Riverside Speedway where she finished sixth in the 30-lap feature. Her next starts with POWRi will be on November 5 and 6 at Caney Valley Speedway in Caney, Kansas. For the 2020 National Open Wheel 600 Micro Sprint national champion, Avedisian won her debut appearance at Caney on June 10, 2020 and has five career Micro Sprint podiums in six starts at the quarter-mile bullring.

Race fans can view Tuesday and Wednesday’s action for the Carolina Micro Sprint Showdown on Dirtvision. Friday and Saturday’s racing from Caney Valley with the POWRi National Midgets will be televised on MAVTV Plus.