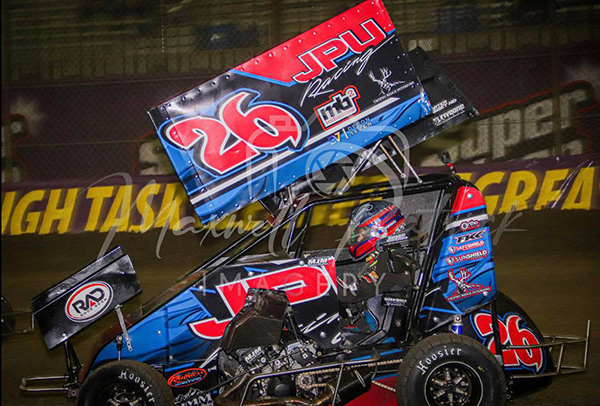 MESA, ARIZONA (January 3, 2020) – Mesa, Arizona’s Corbin Rueschenberg earned a ninth-place finish in the Restricted feature at the 36th Annual Tulsa Shootout on Saturday night, capping a busy week with three divisions as the young driver kicked off his 2021 campaign. Rueschenberg also competed in Stock Non-Wing and A-Class in the event that attracted over 1,200 entries to Oklahoma’s Tulsa Expo Center. Photo by Maxwell Patrick

Action began Wednesday with heat races in Restricted and A-Class. Rueschenberg started second and ran there for most of his Restricted heat race before ultimately finishing third. He then finished fifth in the A-Class heat race from the fifth starting position after getting bottled up when a car was sideways in front of him in turn three.

Thursday morning saw the driver of the JPU Racing #26 wrap up his heat race competition in Stock Non-Wing, starting second and drifting to fourth at the finish of the eight-lap event. His points scores landed him into the second C Main of the A-Class. He finished third, just one spot shy of a transfer.

Friday action was a successful one, including competition in the Restricted qualifier. Rueschenberg started eighth and finished sixth, earning enough points to start on the outside pole of a B Main on Saturday morning. Rueschenberg nearly advanced out of his Stock Non-Wing C Main as well. He ran second and on the bubble until the final lap, when contact from behind relegated him to a fourth place finish to his end his week in the division.

His Restricted drive continued into Saturday on the final night of competition. After transferring out of the B Main, Rueschenberg had a task ahead of him from the 13th starting position in the LCQ. He avoided a wrecked which propelled him up to ninth position. He then methodically charged forward, finishing fifth and briefly challenging for fourth at times as well. The performance advanced him into the Tulsa Shootout Restricted feature for 25-laps, starting from the 21st position on the grid.

A strong start for the feature moved him up to 16th quickly, then up to 14th before lap five was in the books. A caution on lap 12 saw Rueschenberg restarting 12th. His run to the front continued, ultimately peaking with a ninth-place finish under the checkered flag to close his second voyage at the Tulsa Shootout. The finish gave him the Donnie Ray Crawford Legacy Hard Charger award as well. 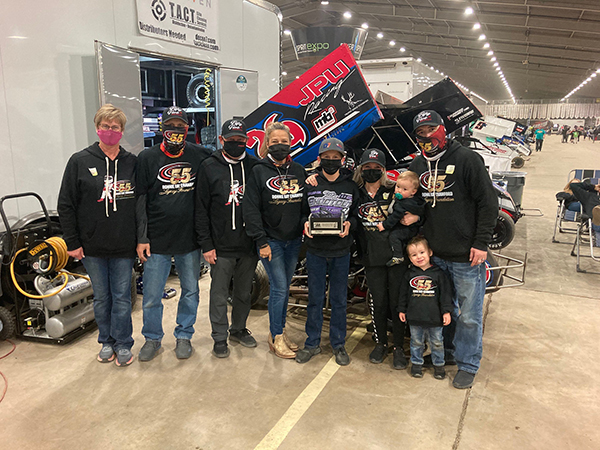 For the young driver who closed his season with five victories since the beginning of October, the top-ten effort kicks off the 2021 season with great momentum.