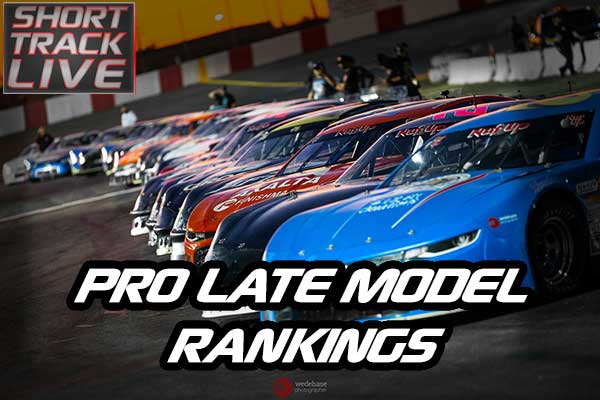 NORTH HIGHLANDS, Calif. (April 14, 2020) – The editors of ShortTrackLive.com will be ranking drivers across different disciplines of California grassroots motorsports throughout the season. We begin our rankings with one of the fastest growing divisions in the country, west coast-style Pro Late Models. This ranking is compiled from polls we sent out to many within the industry and are a power poll from 2019 results before the 2020 season gets underway. Two drivers qualified for the top-ten without a win, due in large part to the top-three in our poll accumulating 22 wins total. 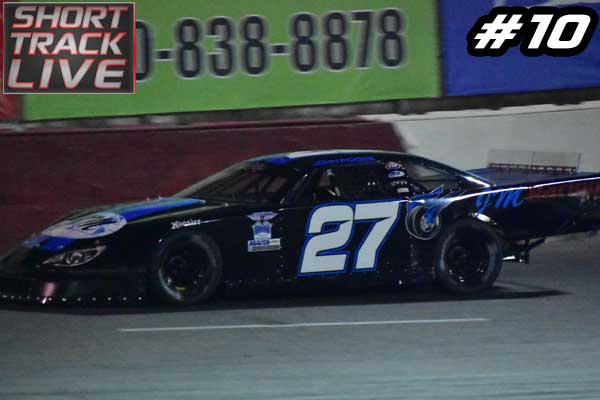 #10 John Moore – Granite Bay, CA
Despite a winless season, Granite Bay’s John Moore proved to be one of the toughest competitors throughout the second half of the 2019 Pro Late Model season. Moore made his presence felt on August 31st in Roseville, scoring the fast-time before a narrow loss to Jeremy Doss in the second of the night’s Twin 35 lap features. He continued to turn heads in October when he finished third in the $10,000 to win Short Track Shootout at Madera. He again ran second to Doss the following week at Roseville amongst an 18-car field. Splitting time between Pro Late Models and the SPEARS SRL Southwest Tour, the veteran driver scored 11 top-tens and nine top-fives on the way to tenth in our Pro Late Model rankings. – Steven Blakesley 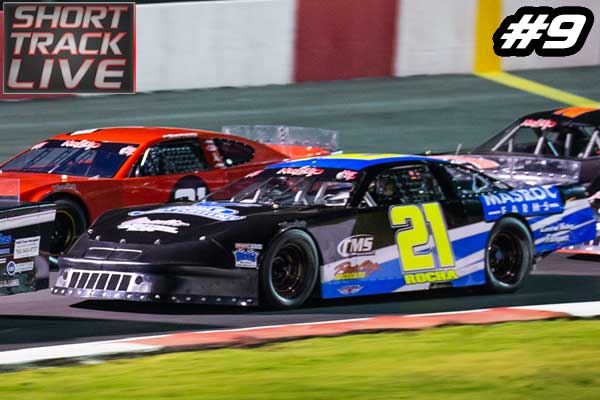 #9 Blaine Rocha – Oakdale, CA
Oakdale’s Blaine Rocha saw his 2019 Nut Up Pro Late Model season start rough. An opening night crash at Madera Speedway put championship dreams on hold, and the team skipped the next two races repairing the car and preparing to mount a second-half assault. Rocha competed in five more events, finishing inside the top-six in all but one of those races. He bookended the second half run with a pair of second-place finishes, including an impressive runner-up result to close out the season in the $10,000-to-win Short Track Shootout. While Rocha failed to find victory lane, the Masroc Farms-backed team proved that every time the No. 21 car unloads at a pro late model event, they are a threat to take home a win. – Jason Galvin 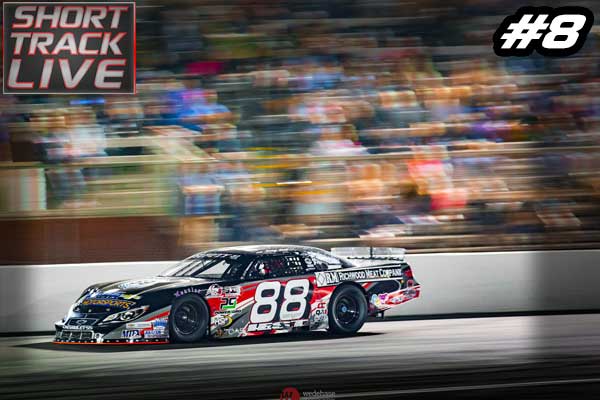 #8 Joey Iest – Madera, CA
The driver they call “The Beast” made an impact on both the Pro Late Model and Jr. Late Model divisions in 2019. Madera’s Joey Iest earned five wins and a perfect nine-for-nine podiums in his championship-winning campaign in the Jr. Late Model Series. Iest dabbled in the Pro Late Models early in the season with a victory in the Madera Late Model event in June. He turned up the wick later in the year with a third-place finish in July’s $5,000 to win race at Madera and a top-ten in the Short Track Shootout. He also ran within the top-ten in the $10,000 to win event at Roseville. Iest’s ranking is a reflection of both his accomplishments and his potential, with a busy season of Pro Late Model racing on the horizon in 2020. – Steven Blakesley