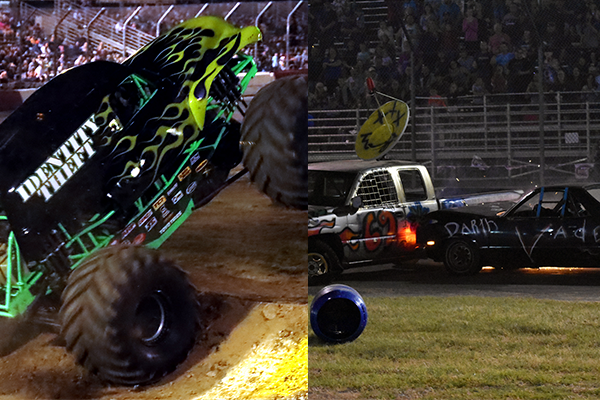 ROSEVILLE, Calif. (September 5, 2019) – All American Speedway powered by Roseville Toyota is gearing up for a month of mayhem, with two unique events in October for thrill seeking race fans in Northern California. Saturday October 19th will see the Malicious Monster Truck Tour plus a last-man-standing Demolition Derby for $2000 to win. Saturday October 26th is the return of the Pumpkin Smash Enduro along with a Riebes Auto Parts Trailer Bash.

The Malicious Monster Truck Tour and Demolition Derby will also include UTV racing during two action-packed shows. A free pre-race party behind the grandstands kicks off the afternoon show activities at 12:30 pm, with racing getting underway at 2 pm. The evening show sees a free pre-race party at 5:30 pm with action hitting the track at 7 pm. The UTVs will compete in heat races and a main event while the Demolition Derby will stage afternoon heat races and a spectacular $2000 to win finale during the night show.

Pumpkin Smash Enduro racing returns to the speedway for the first time in more than five years on October 26th. If the excitement of racing on pumpkins and water wasn’t enough, the show will conclude with a $1000 to win Riebes Auto Parts Trailer Bash as well. Race fans are invited to come early for trunk or treat and autographs with the racers, followed by the best-looking car competition. The main event gets underway at 6 pm. A kids costume contest will take place during the halfway break as well.

Tickets for the Pumpkin Smash Enduro are on sale now at www.AllAmericanSpeedway.com or at the BMR ticket office on 900 Riverside Ave in Roseville. BMR is open Monday-Friday 9am to 4pm. Tickets for the Malicious Monster Truck Tour will go on sale September 19th.

Competitor information including rules and entry forms for the UTV, demolition derby, Pumpkin Smash Enduro, and Trailer Bash can be found on the track website now. 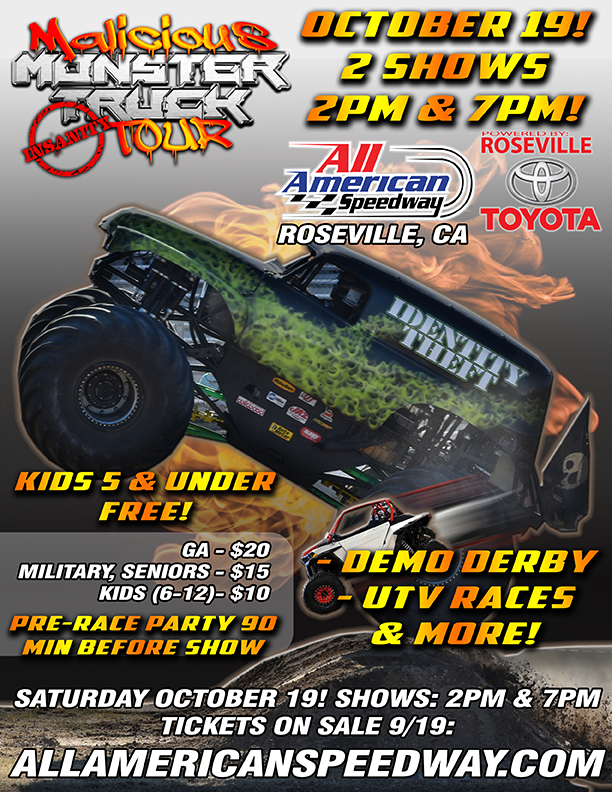 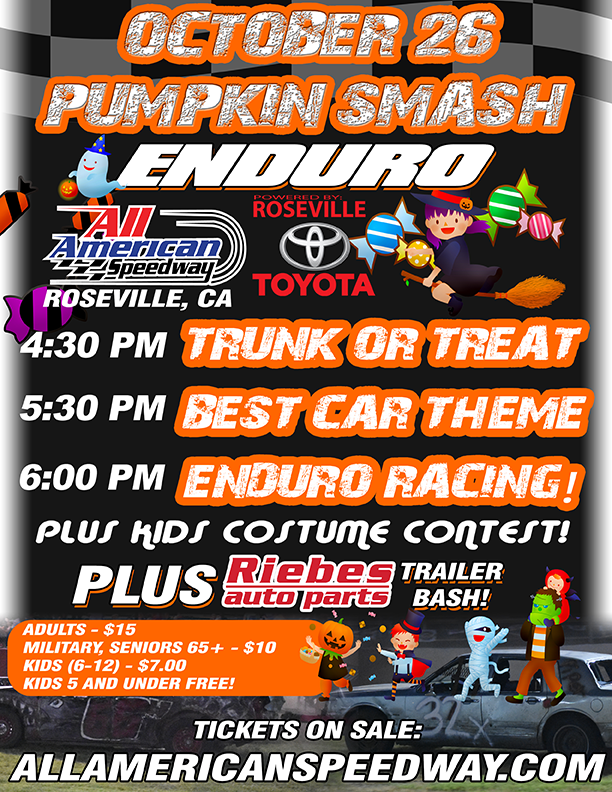