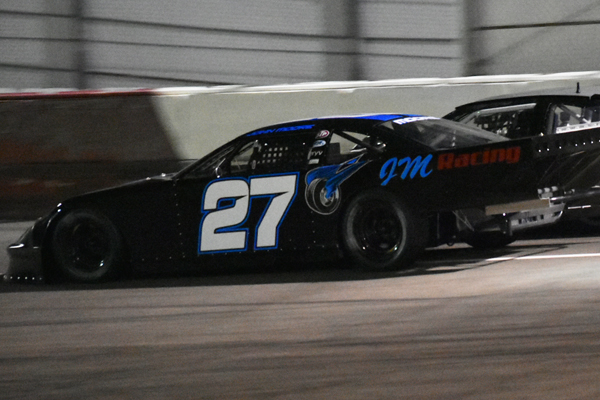 ROSEVILLE, Calif. (September 9, 2019) – Over $30,000 in awards – including $10,000 to the Late Model winner – will be on the line when the All American Speedway powered by Roseville Toyota ends Northern California’s pavement stock car season on November 2nd. The JM Environmental 100 will highlight a significant night of action that includes $1,000 to win for both Super Stocks and Modifieds plus increased awards for the Jr. Late Model and F4 divisions. The Mini Cups vs. Bandoleros will also be competing in this non-points race.

No NASCAR licenses will be required, and pre-entry is open now at www.AllAmericanSpeedway.com

Buddy Shepherd of Bakersfield won the inaugural $10,000 to win Late Model race at Roseville last September in the JM Environmental Highline 150. This year’s go around will likely be highlighted by the top-two in Roseville’s 2019 points, Jason Romero and Jeremy Doss. Romero is the 2018 PCS touring champion while Jeremy Doss is the 2018 SRL touring champion. Their return to weekly stock car racing has been fruitful with ten wins at Roseville between them.

Drivers from across the country are expected for this lucrative night of grassroots racing in Roseville. It caps a four week stretch that is one of the most ambitious in short track racing. On October 12th, the NASCAR K&N Pro Series, West will stage the NAPA Auto Parts/Eneos 150 along with the track championships for All American Speedway’s weekly divisions. October 19th will be the Malicious Monster Truck Tour with a $2,000 to win Demo Derby and UTV racing. The return of the classic Pumpkin Smash Enduro beckons on October 26th along with a Riebes Auto Parts Trailer Bash. Activities on November 2nd will also include a Trailer Bash.

Friday practice on November 1st will be open to all competing drivers in Saturday’s races for a $40 pit pass per person. The sound rule will be strictly enforced both days. 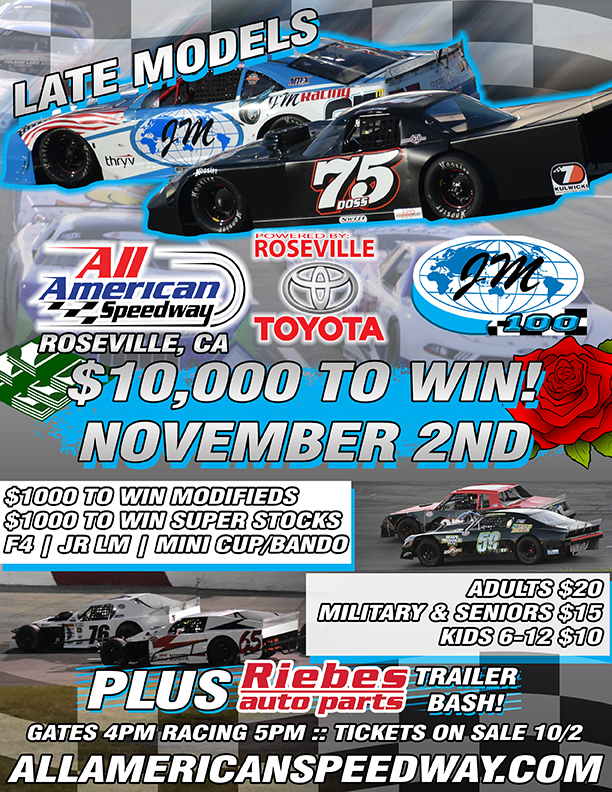