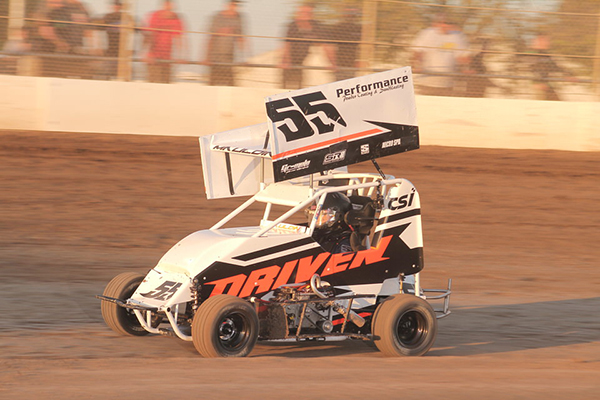 STOCKTON, CALIFORNIA (July 30, 2019) – Delta Speedway presented by Financial Center Credit Union will race back-to-back for the only time this year, with points race #9 on Saturday at the 1/7th mile dirt oval. Drivers across the four regular divisions are battling for $1000 to win championships in the hotly contested series.

The two closest championship battles currently take place in the youth divisions – Jr. Sprints and Restricted. Lucas Mauldin of Rancho Murieta, CA has been on a tear in Jr. Sprints with four victories including two consecutive wins in July. Despite his outstanding performances, his advantage over Tracy’s Kyle Fernandez stands at just 26 markers. Fernandez is winless but has an average finish of third and has not finished lower than fourth all year. Colton Key of Fresno is third in the points and just 50 points out of the lead. Andy Hintz and TK O’Brien round out the top-five. The Jr. Sprints race for 20 laps and a guaranteed $200 to win.

Restricted is the closest championship at the speedway. Three-time winner Devon Courtnier of Elk Grove is a mere three points ahead of Logan Trevino of Madera, CA. 21 points out of first is 2019 Clay Cup Nationals winner Jade Avedisian with Jeffrey Pahule, Jr. within striking distance from 46 points out of first. Brandon Riviera, who is tied with Pahule for the Dixon Speedway title, is fifth in the Delta standings. The Restricted main event on Saturday night will be 25 laps and a minimum of $300 to win.

Stockton’s Caden Sarale is still on top in both the Super 600 and Non-Wing divisions, still carrying the feeling of a sweep from July 13th. On the Non-Wing side, Sarale is 38 points ahead of Dan Mognaga of Valley Springs and Chad Laughton of Turlock who are tied for second. Brandon Carey and July 20th race winner Tj Smith round out the top-five.

In the Super 600 division, Sarale is 30 points up on 2018 runner-up Raio Salmon. Mitchel Moles has advanced to third despite missing two shows. 2018 champion Nikko Panella is fourth followed by the most recent Super winner Travis Labat of Livemore. Both Super 600 and Non Wing compete for 30 laps and $500 to win.

Pit gates open at 2 p.m. with the drivers meeting at 5:30 p.m. Hot laps begin shortly after with qualifying and racing to follow. Pit passes are just $20 with no membership required. Racers and race fans are encouraged to arrive early to enjoy some great Royce Farms BBQ at the races.