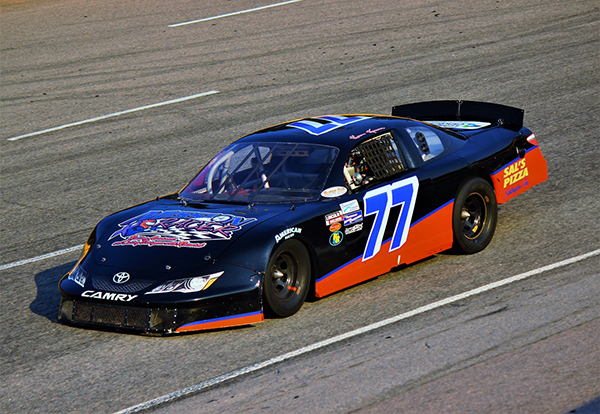 SHENANDOAH, VIRGINIA (May 21, 2019) – Shenandoah Speedway will honor active military, veterans, first responders, and those lost fighting for our freedom with the inaugural Veterans Classic on June 1st. Super Cup Stock Series returns to the 3/8ths mile for the first time since 2013 for Twin 50s along with a special $2200 to win INEX Legends race. USAC Eastern Midgets and Bandos are also scheduled to compete.

The event commemorates the 75th anniversary of the Normandy landings, also known as D-Day, on June 6th, 1944. The First 300 fans will get a military flag. The state of Virginia lost many men out of the 5,000 casualties suffered. Officials from the Shenandoah Speedway and Veterans Classic will also be attending the D-Day Memorial in Bedford, VA to pay their respects.

Three dollars from every ticket sold will be donated to three Veterans charities in the region. General Admission tickets are $15 for adults while half-price for Kids & Veterans. Active Military, Wounded Warriors, and First Responders are free. 100% of the monies collected will go to the charities.

The twin 50s for the Super Cup Stock Car Series will be the fifth and sixth green flags in its 11-year history at the scenic 3/8ths mile speedway. The 2019 season has seen two different winners. Allen Purkhiser won both twin races at Dominion Raceway before Kevin Kromer swept Southern National. 22 different drivers have taken a green flag this year.

The $2200 to win INEX Legends race will also pay $450 for second and $350 for third, all paid in cash in victory lane by promoter Jeffrey Thielscher. It will be a 50 lap feature across two 25-lap segments. It is expected to be one of the largest in the state in 2019 as it compliments the schedules across the region.

USAC Eastern Midgets have competed at Shenandoah Speedway on a regular basis for several years. Their 2018 champion was Jessica Bean who has ten career wins but only a best finish of fourth this season.

Announcer Steven Blakesley will travel from California to handle announcing and media duties. Blakesley serves as the host for Madera Racing on MAVTV along with public address announcing at All American Speedway.

Action will get underway on Friday night with an open practice session with pit passes available for $30. Practice will run from 3pm to dark. Racing on Saturday will begin at 7pm.

Shenandoah Speedway is located at 301 Precision Rd. Shenandoah, Virginia. 22849
Follow the speedway on Facebook for more information at: https://www.facebook.com/shenandoahspeedway

For more information about this race or to contribute as a sponsor or charity partner, contact Jeff Thielscher at (661) 428-0911. Veterans Classic thanks RealFast.TV, DoubleTree Charlottesville, VA, shop.stacykessler.com, and Blakesley Sports Media for their support. 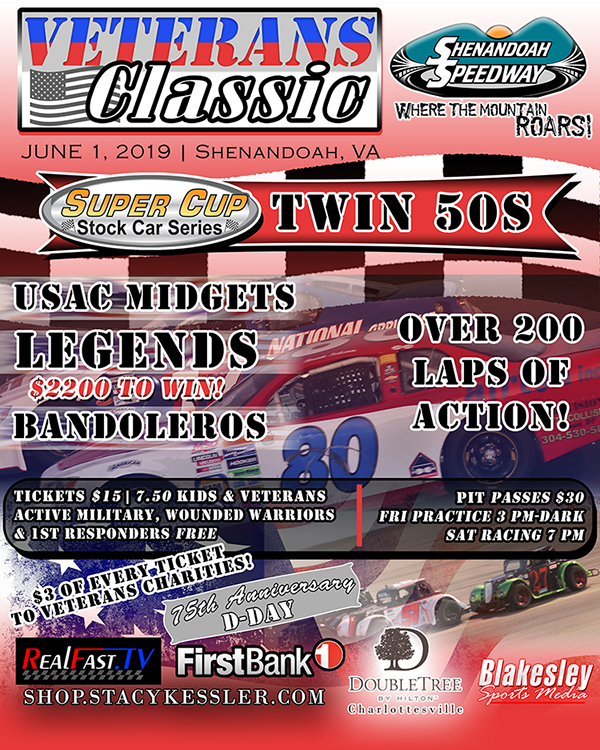