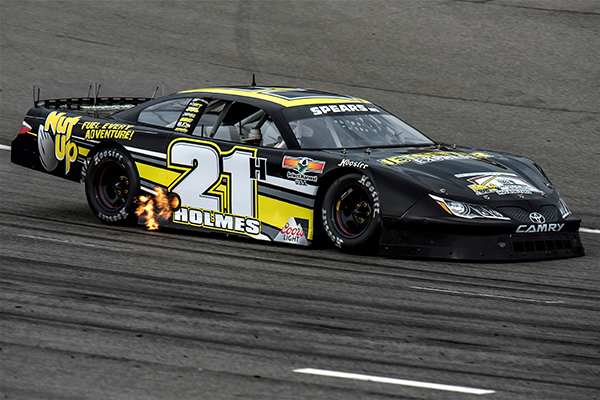 Holmes has won the Short Track Shootout three times for Nascimento Motorsports, earning a reputation as Mr. October. He will be teamed up with Eric Nascimento, Jr., who is running for Rookie of the Year in the SPEARS SRL Southwest Tour while also racing regularly in the Pro Late Models. Younger brother Ethan Nascimento races in the Bandolero division as well.

Madera’s Nut Up Pro Late Model Series is a nine race program that averages nearly 30 entries per event. Nick Grossi drove for the team in 2018 towards second place in the rookie standings with a best qualifying effort of third and a best finish of seventh last July.

Saturday’s race will be available on MAVTV in late July. Madera Racing on MAVTV airs year round every Thursday at 5pm and 8pm Pacific Time. Nascimento Motorsports is owned by Eric Nascimento and is based in Manteca.