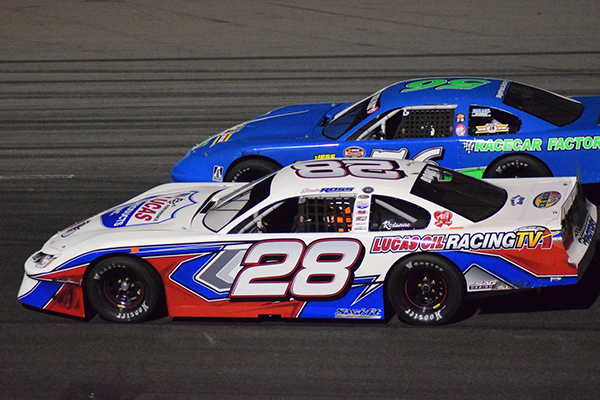 Ross began utilizing the #28 car number as a tribute to his late father Greg. After a short break from regular action, Ross is excited to return to Havasu. The full-time campaign begins with a 100 lap race on November 24, with additional races on January 5th, February 9th, and February 23rd.

Ross has made three starts this year, first competing in his father’s memorial race on May 19th at Orange Show Speedway. The night was an emotional one for the 2010 track champion that included a strong third place finish. In June, he traveled to the state-of-the-art Kern County Raceway Park for a twin bill of NASCAR Late Model competition where he racked up a pair of fourth place finishes. His 2017 season included a win and more than half-a-dozen top-five finishes.

With renewed vigor, Ross and his family are ready to travel to Arizona to compete. He wants to thank Lucas Oil for long time support of his racing program. DRM also thanks: Swift Springs, RACECAR Factory, E.R. Block Plumbing and Max Papis Innovations.