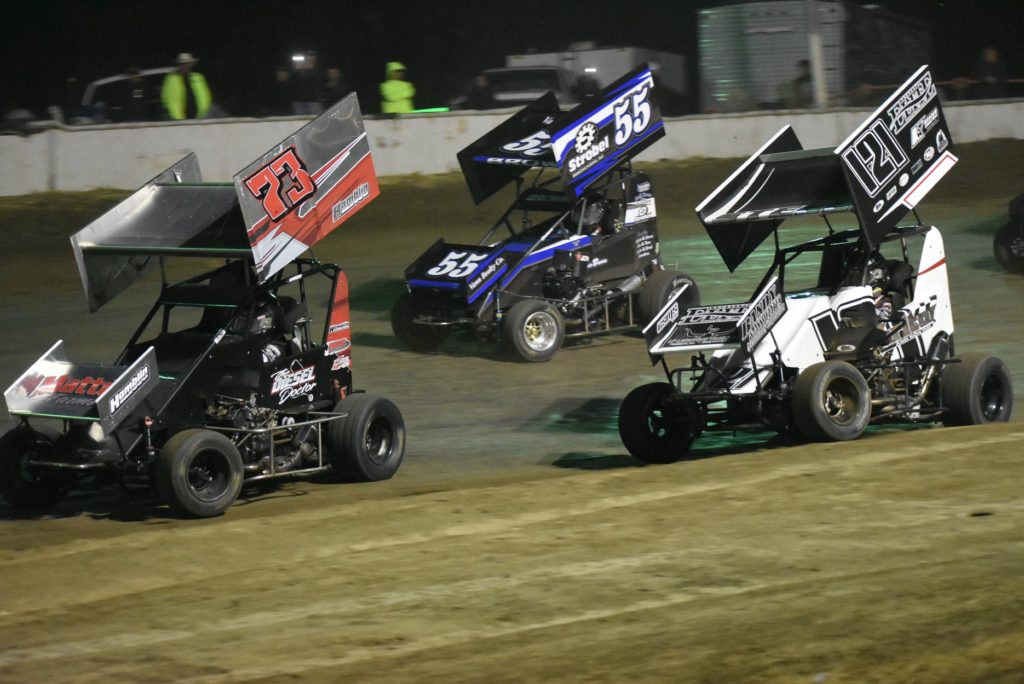 STOCKTON, CALIFORNIA (June 29, 2018) – The run to the fourth annual California Speedweek championship will conclude Friday and Saturday nights, with the world’s best Micro Sprint racers in action at Keller Auto Raceway at Plaza Park in Visalia and Lemoore Raceway in Lemoore, CA.

A total of 114 drivers have hit the track over the first two nights of competition with both Super 600 and Non Wing led by former series champions.

Hanford’s Michael Faccinto won his second career Super 600 Speedweek win by taking Wednesday night’s feature at Delta Speedway.  His 2015 inaugural Speedweek title was on the heels of a Delta win that year as well in a possible harbinger of things to come.  Dixon winner Jake Hagopian ranks second in the standings followed by Cody Christensen, Jake Andreotti, and Keith Day, Jr.

Two-time Speedweek champion Tyler “TJ” Smith added his fourth career series win when he won on Wednesday night.  The victory also allowed him to cross $12,000 in earnings and to take the laps led lead with 107 career laps at the front of the field.  Austin Stone has used two different cars to rank second in the points ahead of Dixon winner Chad Laughton. Second place in career laps led Ben Worth and Jayson Bright round out the top-five.

Dylan Bloomfield has won both Restricted Speedweek main events this year.  Garth Kasiner won back-to-back features at Delta and Visalia in 2017 en route to his Restricted crown, once again perhaps serving as a sign of things to come for Bloomfield.  Corey Day has been close to winning and is only 19 points behind while the rest of the top-five includes Brian Gilbert, Caeden Steele, and Caden Stoll.

Pit gates at noon with drivers meeting at 3:30 p.m. and racing to follow both nights.  Pit passes are $25 and adult tickets are just $10 each night.

Race fans who can not attend the California Speedweek in person can view the action through streaming partner Fast Four Media.  The remaining two nights will be offered for $20 per night. Bullet Impressions will have event merchandise available all week as well.