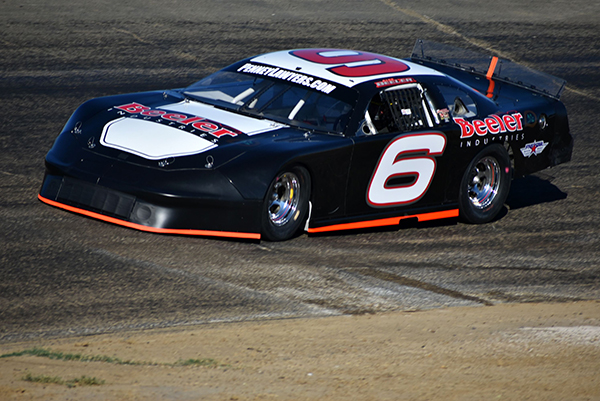 SACRAMENTO, CALIFORNIA (January 11, 2018) – The Pacific Challenge Series presented by PenneyLawyers.com will honor its 2017 champion Mike Beeler and the entire series top-ten, Saturday January 27th with its annual Awards Banquet.  The banquet will take place at Cattlemen’s in Roseville, CA.

2014 champion Mike Beeler became the second repeat champion in PCS history when he edged 2015 champion John Moore for the 2017 crown.  He joined 2012 & 2016 champion Jeremy Doss as the only drivers to accomplish the feat.  Beeler and Moore raced side-by-side for the early laps of the season finale at Roseville’s All American Speedway in October.  The crowd of over 3,000 fans witnessed drama when Moore spun down the front stretch, hitting the wall driver’s door first to eliminate himself from contention on just the fifth lap of the race.

Jack Wood was a perfect 10-0 in top-ten finishes throughout the campaign, including a best finish of sixth at Stockton, to win the 2017 Rookie of the Year honors.  He finished fifth in the points ahead of his cousin Travis Milburn.  Jason Romero used a win at his home track in Roseville for seventh in the standings ahead of Tracy Bolin, Mike Hite, and Matt Scott rounding out the top-ten.

All ten drivers will receive awards at the 2017 banquet for their accomplishments.

Doors will open at 5 p.m. with a social hour before dinner begins being served at 6 p.m.  Awards will follow.  Dinner is $35 a plate and has a choice of ribs, steak, chicken, salmon, or pasta – with all the fixins. Competitors, sponsors, and fans are all welcome to attend.  They may pre-register by calling 916-338-3434.

Details regarding the 2018 Pacific Challenge Series schedule will be unveiled soon, with dates being planned for All American Speedway, Madera Speedway, Shasta Speedway, and Stockton 99 Speedway.